This December in Catalunya’s Filmoteca, Immortal Illusions brings you a collection of adult animation. 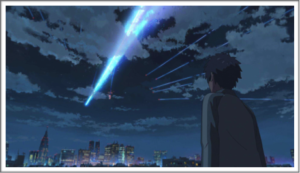 Of course you’ve heard of Kimi no Na wa, the second highest grossing anime movie to date and winner of 9 film festival awards. Makoto Shinkai’s 11th film, this feature-length anime revolves around two high schoolers, Mitsuha and Taki, who one day awaken to find that they’ve switched bodies. Mitsuha suddenly finds herself living her dream life in busy Tokyo while Taki is shown a new perspective in the rural Japanese countryside. Follow these compelling characters as they try to find out more about each other, themselves and the world they live in. Especially noticeable is the incredibly beautiful and detailed background art and the moving soundtrack by Japanese rock band Radwimps. 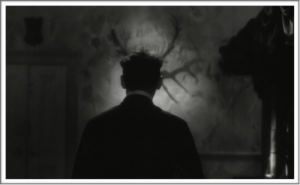 An abstract and wonderfully unsettling adaptation of Robert Walsers novel Jakob von Gunten, the Quay Brother’s first feature-length film follows Jakob, a young man who enters an oppressive institute for training servants. With it’s gloomy monotonous palette and the Quay Brother’s signature beautifully spooky stop-motion, this film perfectly captures the atmosphere of a dream or a dark fairy-tale. By taking the novel’s story loosely and combining and mixing similes with metaphors, Institute Benjamenta achieves a unique and haunting air which makes the film perfect for fans of experimental animation. You can also watch the interview we did last year when the Quay Brothers were at ECIB and the news that Pau Gros wrote for the occasion. 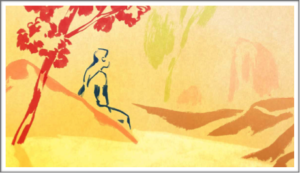 From French director Sébastien Laudenbach, this film is characterised by its unconventional production method. While his partner, Chiara Malta spent a year in Villa Medicis, Laudenbach revived an old project that had been left forgotten and, due to the fact that he didn’t own the rights to said project, used those old ideas to construct the film from scratch. The film was more or less improvised from the first frame. Since Laudenbach didn’t do any animation tests, he didn’t know what the final result would be. For these reasons, it’s definitely worth the while to go and see the singular viewing on the 7th to enjoy this unique production with a style so far from the ordinary. You can also see the news and the interview we did when he was at ECIB ECIB. 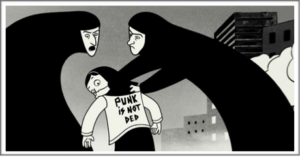 Based on the graphic novel of the same name by Marjane Satrapi, this story is about the youth and adolescence of the author. Born into a ‘Westernised’ family the protagonist has to face various problems and difficulties which lie in wait for both her and the contemporary Iranian society such as classism, marginalisation and imposition of a new religion… Her family, of a progressive ideology sees how the revolution they’ve been fighting ends up in the hands of the fundamentalists, giving way to the Islamic Republic. Then film, like the novel, is in black and white and visually accompanies the speech without robbing them of their importance, thus keeping the focus on the large number of conflicts presented. The two showings are a good opportunity to see the film before it celebrates its 20 year anniversary since the first publication of the comic. 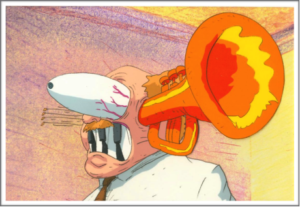 Probably the film that is least family friendly out of all of the ones being shown, and in the Bill Plympton’s unmistakeable style, this film is a potent, impossible and violent mixture of explicit sex scenes. A deliriously surreal journey, the unbounded imagination of the artist results in a satire on consumerism and conservative Americans. It follows the adventures and misadventures of the recently married Gran Boyer who, following an accident involving ducks, antennas and electricity, ends up acquiring a new power.

If we ignore the times in which Wes Anderson used computer-generated special effects instead of technique, we would find his second foray into the world of pure stop motion: Isle of Dogs. You can be sure that this film offers a visual experience just as wonderful as its predecessor Fantastic Mr. Fox (2009). The films Art Team was a little startled at the idea of creating a film set 20 years in the future, that is to say, not 20 years from present time but an alternate future set 20 years after 1960s Japan. With this idea, they found a way to create an even more sophisticated and ambitious masterpiece than the one starring Felicity and Mr. Fox. It should be noted that several Spaniards worked on the film: Cesar Diez Melendez, Sergio Lara, Cristina Acuña y Sonia Iglesias. The first two as primary animators, the third in scenography and the fourth in creating skeletons for the dog-dolls. 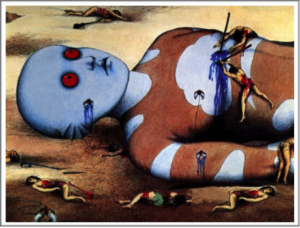 René Lalouxs’ visionary cutout animation is infamous for being a wider statement on contemporary society. Animated at Jiří Trnka Studio in Prague, this colourful and creepy film follows a society of blue humanoid aliens called Draags and their tiny human servants, the Oms. Based on a science fiction novel Oms en série by Stefan Wul, the directors decided to co-produce the film in Czechoslovakia due to the hostility towards animated films in the French film industry at the time. The wonderful strangeness of this film comes partly from the animation, the uneven and strangely paced movements of the crayon-style drawings create a sense of unease and imbalance that perfectly match the ambience of this strange tale. 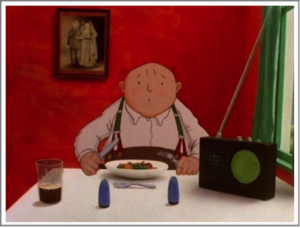 Jimmy Murakami’s interesting mixed media film is inherently British, with a soundtrack album featuring English musical legends such as David Bowie, Genesis and Squeeze. It follows the story of an elderly English couple trying to maintain their normal lives in the fallout of a nuclear disaster that happens near their rural home. The characters are 2D, but the backgrounds and props are photographs and moved in stop motion when necessary. Murakami even uses brief intervals of 3D footage. This blend of techniques captures the random and abnormal effects of the nuclear disaster by breaking visual continuity.